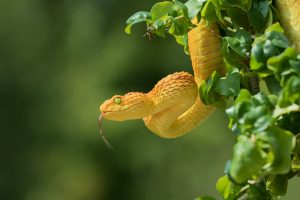 Around the world many people worship snakes as god.

Psychologists treat snakes as a symbol of sex.

The most venomous snake in the world is Hydrophis, a sea snake. Its venom (poison) is 100 times potent than any other snake.

‘Adder’ is the only venomous snake in British islands.

The smallest and shortest snake, the ‘thread snake’ is found in the islands of West Indies. They can easily pass through the hole of a pencil (3mm) whose lead is removed. It has a maximum length of 10.8 cm.

Amami islands in the Pacific is the place prone to snake bite. One out of 500 of the population!!

The process by which the snakes shed their skin is known as sloughing.